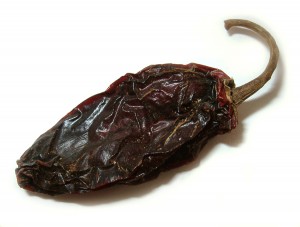 With the Coronavirus hysteria in full swing, food preservation is a topic almost as hot as the chiles we all love. Over the coming weeks we’re going to talk a lot about how to preserve your chile peppers and how long things like hot sauce will keep in a pantry. Our first topic: how to preserve chile peppers through smoking. 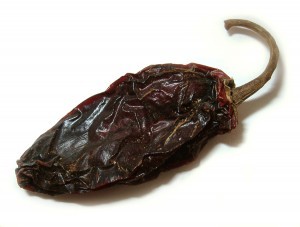 Smoking peppers isn’t rocket science. Any meathead with a meat smoker can bust out a crop of chipotles. Obviously you’ll want to make sure the grates are clean because while the peppers preserve well, the same may not hold true for any grease or other grill gunk attached to them.
Culling the herd is the first step. Toss away all the ones that are soft, have insect damage, or have bruises. Wash all the remaining pods and remove the stems from them.
If you’re using a kettle style barbecue grill for smoking, start two small fires on each side of the barbecue bowl, leaving a cooler spot in the center. Ideally, use hickory, oak, or pecan hardwood for fuel. If you are using a meat smoker with a separate firebox, simply build the fire in the firebox and smoke the chiles until they are pliable but not stiff.
You want to keep the pods in a single layer on the racks and away from direct heat. We’re going low and slow here but if you want to speed it up a bit, cut the pods in half lengthwise and gut them first. Keep the fires small and never directly expose the pods to the fire. The intention is to dry the pods slowly while flavoring them with smoke. The vents should be opened only slightly to allow a small amount of air inside, thus preventing the fires from burning too fast and creating too much heat.
Check the pods, the fires, and the chips every hour to two hours. Move the pods around but always keep them away from the fire. You also want to be upwind of the smoke when cracking open the lid unless you want to smoker-scented tear gas in your face. It may take up to forty-eight hours to dry the pods completely, which means that your fire will probably burn down during the night and need re-stoking in the morning. When dried properly, the pods will be hard, light in weight, and reddish-brown in color. Ten pounds of fresh jalapeños yields just one pound of chipotles after the smoking process is complete. A pound of chipotles goes a long way, as a single pod is usually enough to flavor a dish. After the pods have dried, remove them from the grill and let them cool. To preserve their flavor, vacuum seal and freeze them.
Now, for those of you who don’t want to spend that long running your smokers, here’s a quicker version. Place red jalapeños (sliced lengthwise, seeds removed) in a dehydrator or in an oven with just the pilot light on. Run them like this until they are dessicated but not stiff. Then smoke them for three hours over fruitwood in a traditional smoker with a separate firebox, or in the Weber-style barbecue as described above. This technique separates the drying from the smoking, so you spend less time fueling the smoker.
Jalapeños are still the most popular chile for smoking, but you can smoke dry a variety of peppers including habaneros, serranos, and even yellow wax varieties. Experiment with your favorite varieties, and you will be in for a real treat.