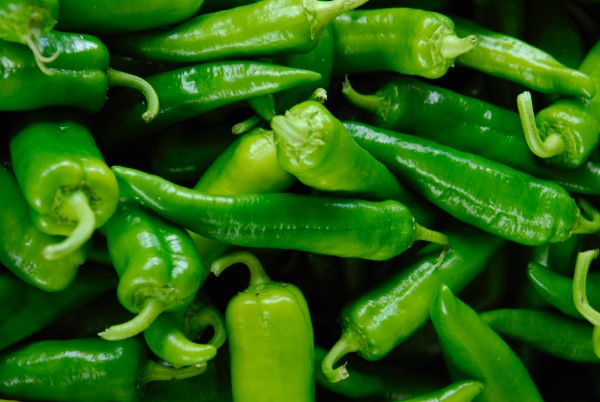 According to many accounts, chile peppers were introduced into what is now the U.S. by Capitan General Juan de Oñate, the founder of Santa Fe, in 1598. However, they may have been introduced to the Pueblo Indians of New Mexico by the Antonio Espejo expedition of 1582-83. According to one of the members of the expedition, Baltasar Obregón, “They have no chile, but the natives were given some seed to plant.” By 1601, chiles were not on the list of Indian crops, according to colonist Francisco de Valverde, who also complained that mice were a pest who ate chile pods off the plants in the field. 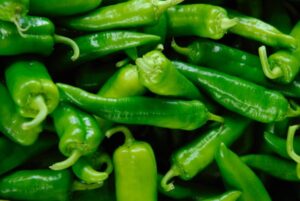 Photo by John Lambeth from Pexels

“A la primera cocinera se le va un chile entero,” goes one old Spanish dicho, or saying: “To the best lady cook goes the whole chile.” And so it is that the chile pepper is the single most important food brought from Mexico that defines New Mexican cuisine. After the Spanish began settlement, the cultivation of chile peppers exploded, and soon they were grown all over New Mexico. It is likely that many different varieties were cultivated, including early forms of jalapeños, serranos, anchos, and pasillas. But one variety that adapted particularly well to New Mexico was a long green chile that turned red in the fall. Formerly called “Anaheim” because of its transfer to the more settled California around 1900, the New Mexican chiles were cultivated for hundreds of years in the region with such dedication that several distinct varieties developed.

These varieties, or “land races,” called ‘Chimayo’ and ‘Española,’ had adapted to particular environments and are still planted today in the same fields they were grown in centuries ago; they constitute a small but distinct part of the tons of pods produced each year in New Mexico.

In 1846, William Emory, Chief Engineer of the Army’s Topographic Unit, was surveying the New Mexico landscape and its customs. He described a meal eaten by people in Bernalillo, just north of Albuquerque: “Roast chicken, stuffed with onions; then mutton, boiled with onions; then followed various other dishes, all dressed with the everlasting onion; and the whole terminated by chile, the glory of New Mexico.”

Emory went on to relate his experience with chiles: “Chile the Mexicans consider the chef-d’oeuvre of the cuisine, and seem really to revel in it; but the first mouthful brought the tears trickling down my cheeks, very much to the amusement of the spectators with their leather-lined throats. It was red pepper, stuffed with minced meat.”

Excerpted from Dave DeWitt’s fuller story on New Mexico chile peppers. You should read the rest here. Right now, while you’re screwing off at work, like we all know you are.