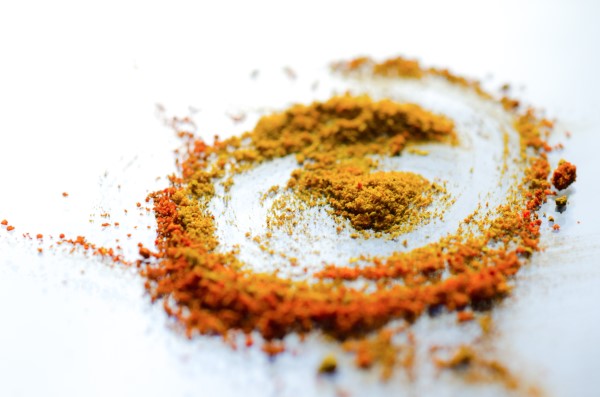 Editor’s Note: This is the second half of our story on curry controversies. You’ll find part one here. Perhaps the most unusual theory of the origin of the word Marco Polo, who in the thirteenth century brought many curry spices to the attention of the west. 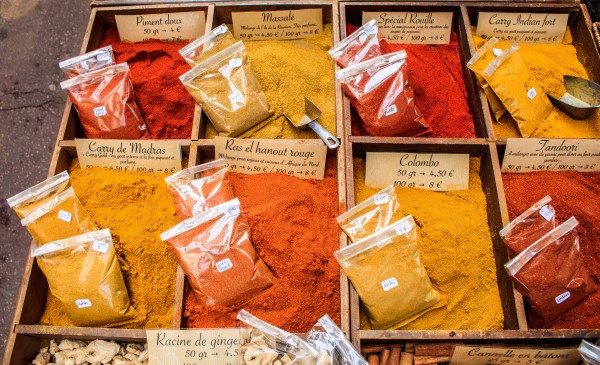 “Curry” comes from Selat Elbis Sopmi of London’s Punjab Restaurant, who writes in the Curry Club Magazine that some centuries ago an Irish sea captain married into a wealthy family. The captain’s gambling led to the demise of the family, which kept a large stable of racehorses. They were forced to sell the best of the horses and eat the rest. The Irishman used the word cuirreach, Irish for racetrack, and told everyone he had been reduced to eating cuirreach gosht, or racetrack meat. “Over the ages, this has become, through usage,” claims Sopmi, “the word as we know it, curry.”

The Oxford English Dictionary prefers the Tamil kari as the word of origin and defines curry as “a preparation of meat, fish, fruit, or vegetables, cooked with a quantity of bruised spices and turmeric, and used as a relish or flavoring, especially for dishes composed of or served with rice.” A secondary definition says that curry powder may be used in the cooking process.

Interestingly enough, the English were already predisposed to accept the word “curry,” regardless of its precise Indian ancestry. First, there was the influence all over Europe of Marco Polo, who in the late thirteenth century reported of the Asian origin of “ginger, galangal, spikenard, and many other kinds of spices” that were just starting to be used in the English kitchen.

Second, the word cury, with an Old French word keurie as its root, first appeared in English as kewery, meaning cookery and also the “concoction” of substances in alchemy. As early as 1390, a manuscript of the first English cookbook appeared, entitled Forme of Cury (Art of Cookery), and it was supposedly written by the master cook of King Richard II. Forme of Cury was not actually printed as a book until 1780, about thirty years after Robert Clive of the East India Company captured the fort of Arcot, west of Madras, and laid the basis for the British empire in India. Thus the first printed English cookbook was contemporaneous with the early rise of the British Raj — but that is not the only curry coincidence.

In Forme of Cury, hot spices were considered to be, according to culinary historian L. Patrick Coyle, an “essential luxury” because of the medieval belief in their digestive qualities and their ability to mask the tastes and odors of food spoilage. “Pepper was the most highly prized,” writes Coyle, “followed by ginger and a related root called galangal, then cubeb, a berry whose taste suggests allspice and peppercorn, and clove, cinnamon, cardamom, cumin, and coriander.” Given the fact that all of these spices appear in curries, it was inevitable that the English would warmly embrace Indian curries (see chapter 7 for that story).

As for the word “curry,” it soon had its own variants through the British empire, including currie, carrye, curree, kerry, and kerrie. It was transferred to other languages, appearing as poudre de carl in French and Indisches Currypulver in German, but remaining simply curry in Italian and Spanish. The word has even crept into slang, as in the American and British phrase “currying favor” (which originally meant to please with cookery) and the Australian “to give curry,” which means to abuse or rebuke someone. 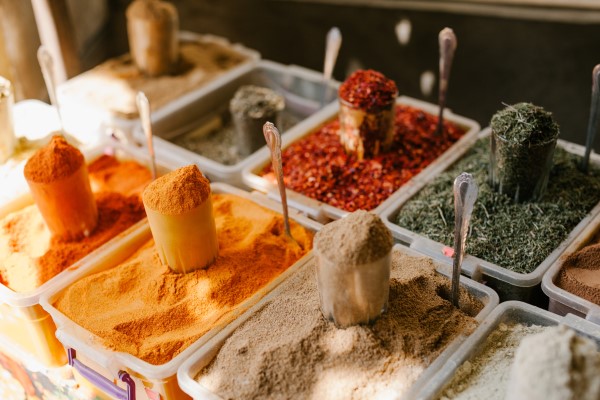 During the research for A World of Curries, we have uncovered four primary myths about curry that need to be refuted.

Curry Myth Number 1: Curry is a spice. This fiction continues to spread despite numerous books about spices and Indian cooking. Curry leaf (Murraya koenigii) is a single herb used in some curries, but in reality. there are dozens and dozens of herbs, spices, fruits, rhizomes, bulbs, pulses, nuts, and other ingredients that are combined to make curries.

Curry Myth Number 2: All curries are the same. Nothing could be further from the truth. “Contrary to popular belief,” notes Sri Lankan food importer Anura Saparamadu, “there are about as many types of curries as there are spices.” And given the total number of curry ingredients, the combinations and permutations of those ingredients provide a nearly infinite variety of flavors in curries. “Even the best Indian cooks will argue endlessly over the inclusion and exclusion of particular spices and herbs,” adds Santha Rama Rau.

Curry Myth Number 3: Authentic curries cannot be made outside their country of origin. Purists often say that to enjoy genuine curries, one must travel to all the regions covered in this book. Arthur, who grew up in southern India, is often asked by his American friends if authentic Indian curries can be made here. The answer is a resounding yes. Virtually every exotic curry ingredient is available in the United States in Asian markets or by mail order. Besides, as Arthur points out, across the Indian subcontinent, as well as in other curry countries, cooks boldly experiment, and it is possible to get five or six variations on the same recipe. So cooks should use our recipes as a rough guide and feel free to experiment. In all cases, even with a few substitutions, our recipes will be authentic — meaning, as in the dictionary, reliable and genuine.

Curry Myth Number 4: No self-respecting Indian cook would ever use commercial curry powder. Virtually every writer on the subject of curry or Indian food falls for this falsehood, or some variation on the theme, as if to say that all commercial curry products are bogus. Expatriate Indians in other parts of the world, such as the United States and Canada, commonly use commercial powders, pastes, oils, and sauces. And in India, as Tom Stobart, author of The Cook’s Encyclopedia, observes, books commonly say that Indians do not use curry powder. This may have been true in the days when even the servants had servants and the masala of fresh ginger, garlic, onion, coconut, green chile, and spices was ground on the stone freshly for each dish. But today, a First World cost of servants has caught up with Third World households, and ready-ground spice mixtures are no longer beyond the pale.

This is not to say that Indian cooks now use commercial preparations to the exclusion of homemade curries, but rather that they now have the option because of the vast number of commercial products on the market.

Julie Sahni takes a liberal view of the most basic ingredients required to make a curry: “For a spice blend to be called a curry powder, the mixture must contain three core spices: coriander, turmeric, and pepper.” Others will disagree, asking “Where’s the cumin?” or any other of their favorite spices. The point here is that many spice blends not originally defined as curry powders, such as those from North Africa and the Middle East, can fit into the broad category of curries.

There are scores of curry powders on the market today. Purists may frown on curry powders, but they are indeed useful for making curries in a hurry. Even in India, prepared curry powders have become an integral part of middle-class family life. The following curry powder, called Bafat, is from the southwestern region of India. It can be used for a meat, fish, or vegetable dish. It can even be used the same day for two completely different dishes, each with its own unique flavor! For example, it is found in Keema Bafat and Shrimp and Crab Curry. Traditionally, the spices are sun-dried for 3 days and then roasted.