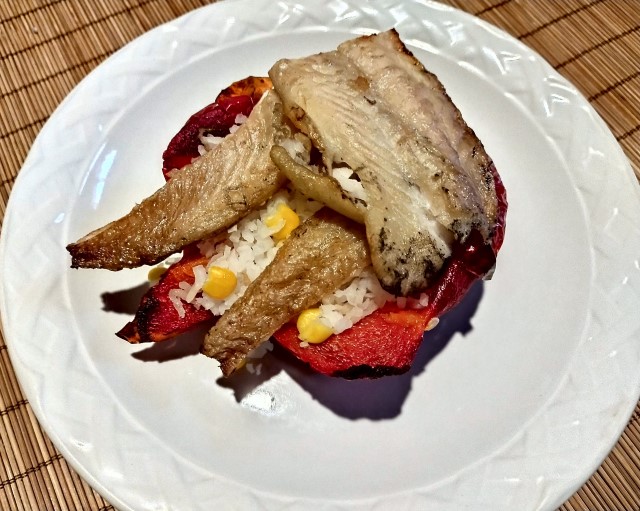 Human beings have been smoking foods since they accidentally found out that a piece of meat left on the side of a wood fire acquired a different taste than treating it only with heat from flames or coals. Additionally, they discovered that such “smoke treatment” preserved the hunt from spoiling for long periods of time. Most likely, smoking as a technique for flavor and preservation was born shortly after fire began to be used inside a cave some two million years ago. 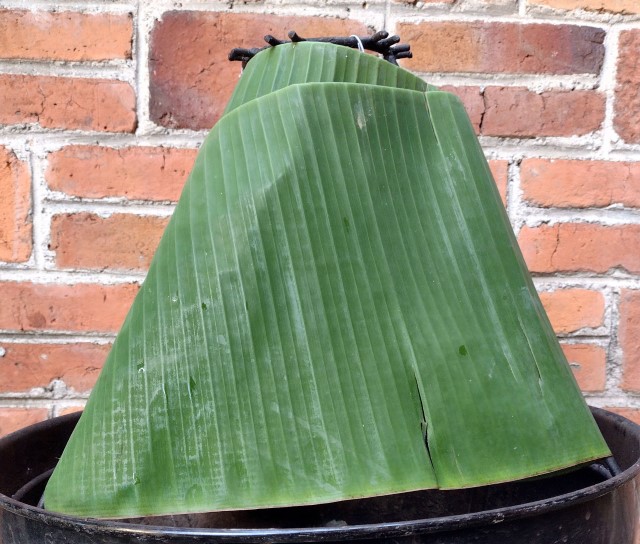 Cavemen didn’t know that bacteria living in the meat tissues’ moisture was responsible for spoiling the meat. They observed, however, that the meat exposed to some level of heat and smoke for some time would make the meat lose moisture, size, and weight. This wasn’t desirable but improved the flavor and “shelf life.” They also discovered that different woods would give different results flavor-wise and thus smoking became a cooking and preserving technique. Caves didn’t have chimneys, so they were de facto smokehouses. Sometime later chimneys were devised and smokehouses were born, giving way to today’s steel smokers where we cook ribs, brisket, chicken, and other delicacies. 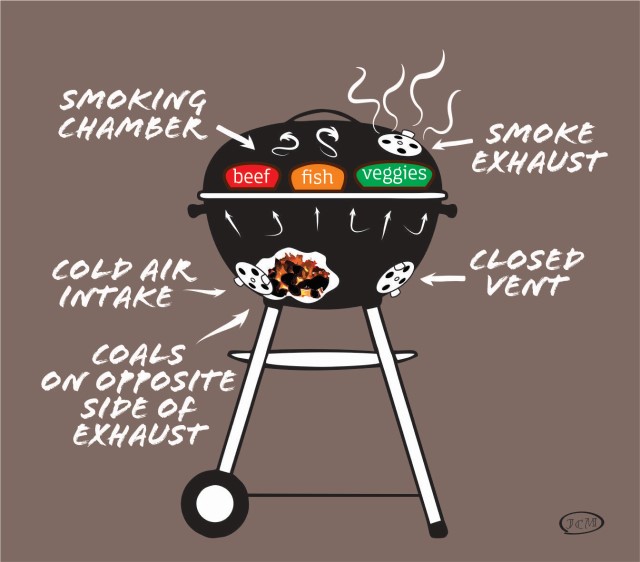 The principle behind smoking is simple. Our high school physics class should have taught us that hot air moves up; I call it “the hot air balloon principle.” If we want to practice smoking food, we need a device with a source of air to feed a fire that produces heat and smoke. Then we need to conduct both to a chamber that contains our food and have an exhaust vent or chimney to release the hot air and smoke. Such a system allows the constant circulation of hot air and smoke without the need for a fan. Intake and exhaust vents should be on opposite sides of the smoking chamber and at different levels, where air intake should be on the bottom and the exhaust on top. This will get the job done. Cooking time can be controlled with your sight or a watch, and temperature by regulating the amount of air going in and measured with a thermometer. If you don’t have a smoker at home you can build one easily with bricks or cinder blocks sealed with mud following “the hot air balloon principle.” Becoming a pitmaster is possible, just don’t use the same smoker for meat and fish or vegetables; to each its own. 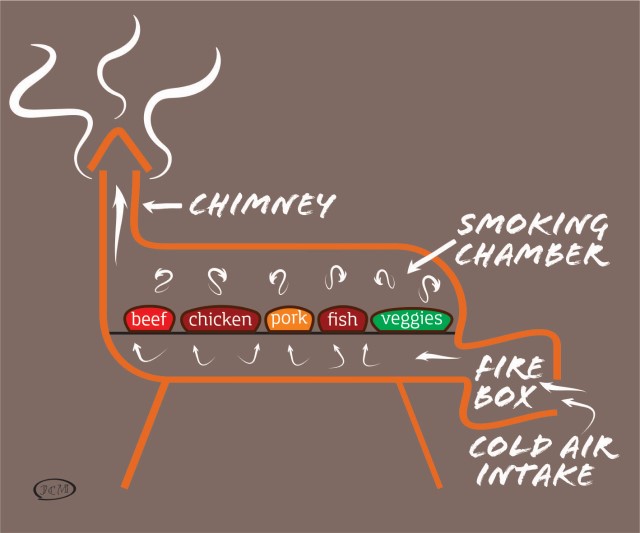 In the mid-1980s the popularity of chile chipotle—from náhuatl “chilli”, chile, and “poctli”, smoke—grew substantially in the U.S. Chipotles en adobo began to be available canned and later dried in cellophane bags in stores and through mail order outfits. They are an exotic product that was adopted immediately by “chile heads” and “explosion in the mouth” food aficionados. Chipotles are unique, complex and easy to use in Mexican and Southwestern food or where lots of heat and flavor are needed. 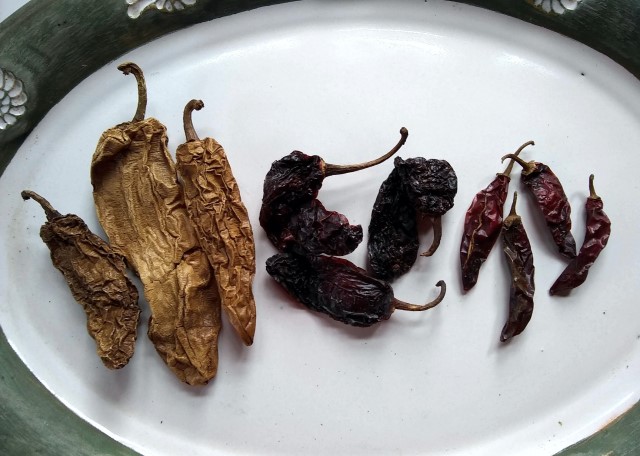 From left to right: chipotle Meco Mora and Morita

Native people of what is today Mexico and New Mexico smoked chiles before the arrival of the Spaniards in similar ways that it’s done today. I have visited farms in northern Mexico where the red jalapeños that cannot make the trip to the market because of their maturity will get smoked as a preservation method. This process is done on the side of the jalapeño field under rudimentary conditions. No smokehouse there. From what I’ve seen, I would define the process as “smoke-roasting.” It gets done over an improvised grill made with cinder blocks or bricks and a chicken wire grill held by steel rods on top. The fire is built on the ground around three feet below the chiles. Red Jalapeños get enough heat—for a quick dehydration—and smoke from a hardwood that prevents spoilage and keeps pests away. Another ancient process is used on chile chilaca to make chile pasado by the Raramuris, a native people from the Sierra Tarahumara in the State of Chihuahua. Chiles are roasted first to soften and remove the skin, then they are cut open and hung on a clothesline exposing them to the sun and dry air for dehydration. Once dry they can be stored for consumption year-round. Both chipotles and chile pasado are rehydrated to be used in salsas and more elaborate dishes. My friend Chef Ana Rosa Beltrán Del Río—who has researched Raramuri gastronomy for more than 30 years—tells me that the leftover rehydration water should be used in the grinding or blending of the chiles to keep the roasting/smoking flavor in the food that is being preparing. Thanks for everything Ana Rosa!

An Ancient and Quick Way to Smoke Fish and Oysters

Seafood is my favorite food to smoke because it doesn’t take much time and can be done easily. While smoking a brisket will take around 12 hours for tender, falling apart meat (Texas-style), smoking fish or oysters only takes minutes using a pre-Hispanic technique! In the State of Tabasco, they have been using a device called tapesco or tlapachtli for centuries. A fire is made on the ground with dried leaves of coconut palm below a grill held with a couple of stones or cinder blocks about a foot from the fire. 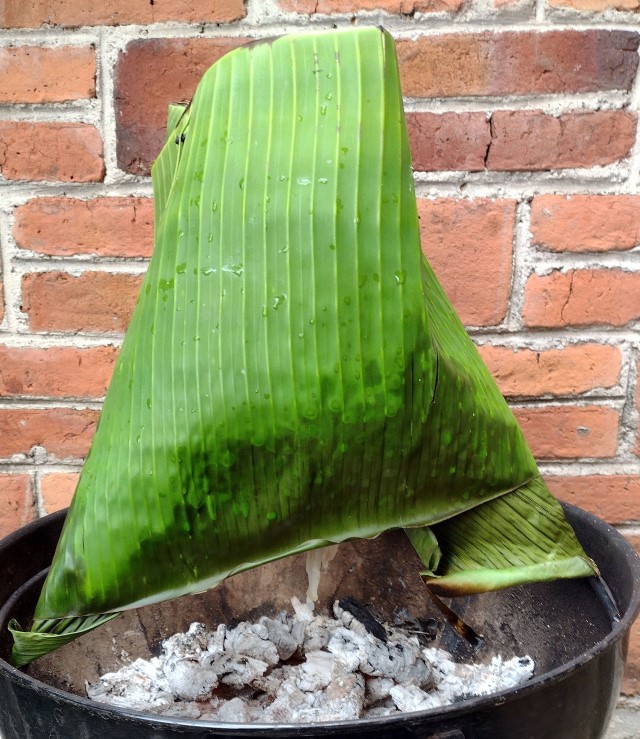 The fish or oysters on the shell are then placed on the grill and covered with banana leaves forming a sort of tarp, thus holding the heat and making the smoke revolve before eventually escaping through the sides of the cover. Ten to twenty minutes is enough to smoke the seafood, which is then dressed with lemon, salt and a chile amashito—cousin of piquín—hot sauce for a fresh, tasty and healthy meal. Not complicated at all. 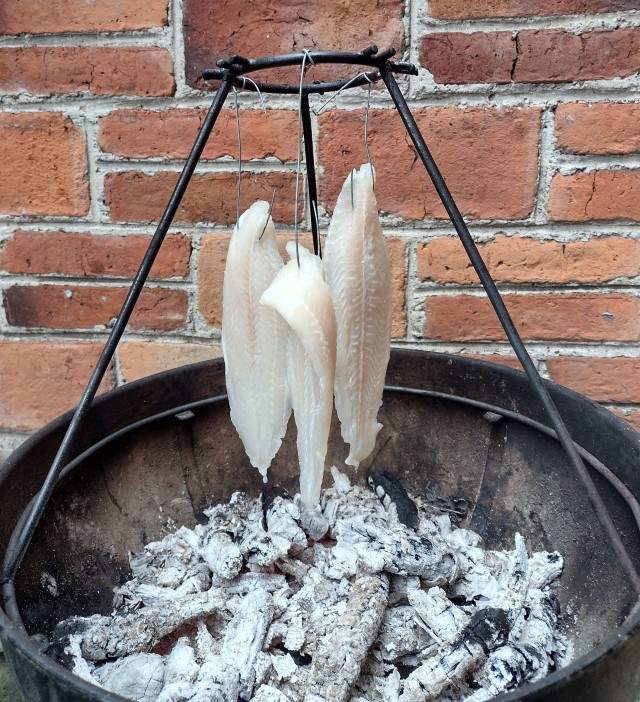 Grilling and smoking at home leaves our clothes and skin smelling smoked. After one of these events, one of my daughters complained that I smelled like rancho. She was referring to a smell similar to the one after an evening around the fire pit in our weekend property in the forest.  I wonder after all these years if I’ve smoked myself too much or maybe just the right amount to have a longer life? Some people develop lung diseases because of too much exposure to smoke. It doesn’t work well with humans, so please don’t abuse it, you will not get a longer shelf life. Keep those lungs away from smoke! 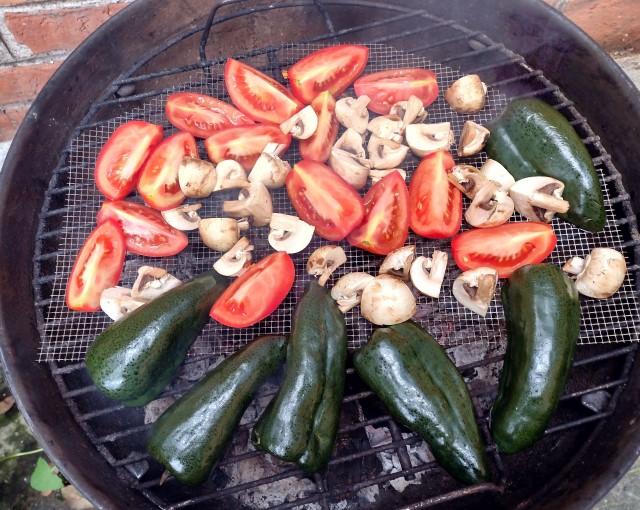 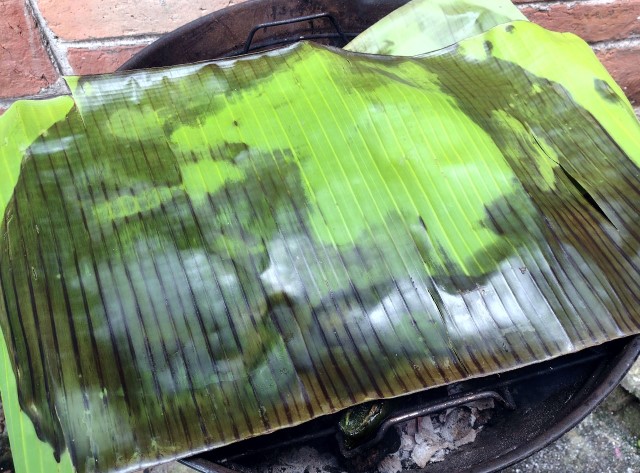 Smoking vegetables can be this simple.

Recipes for The Basics of Smoking Food

Note: Before using salt on any of these recipes taste the food first. Smoked food—even if it isn’t brined—doesn’t need much salt.

This can be done at home in your grill with banana leaves or other nontoxic big leaf plants. The chamber can also be constructed with a thin sheet of metal in the form of a cone for a lasting device. 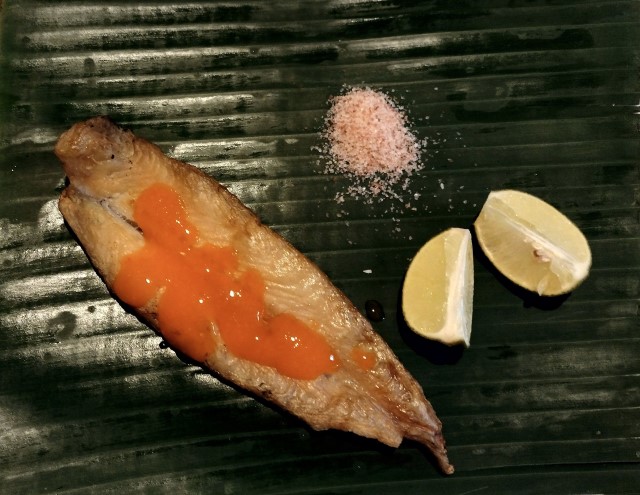 Another way to serve smoked fish. A healthy mix of ingredients in this year round dish.

For a change in routine, smoke tomatoes, chiles poblanos, and mushrooms for about ten minutes. Vegetables do not need much time. Make a pasta sauce with these vegetables and surprise your guests. 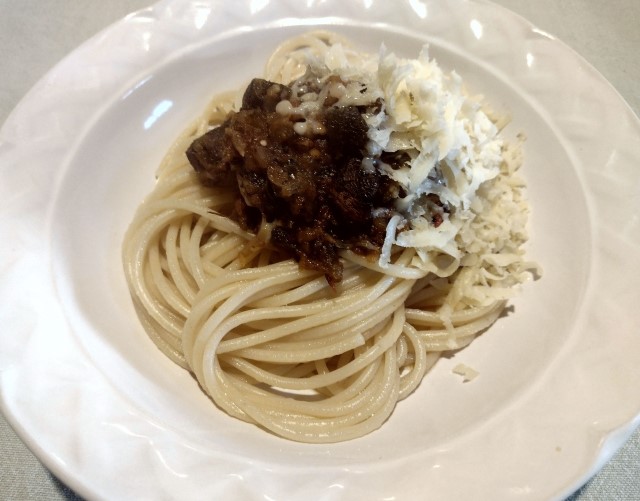 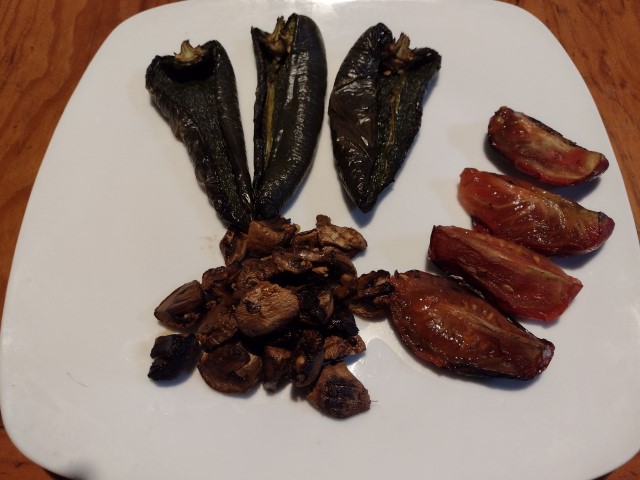