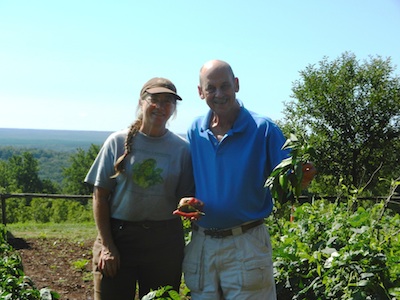 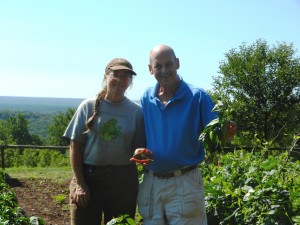 We’re here at the 1,000 foot-long garden at Monticello, where tradition is being preserved by continuing to grow Thomas Jefferson’s favorite plant varieties, including cayennes and chilipiquins, which Jefferson called “Texas bird peppers.”  In addition, Pat, the head gardener and I show off some sweet Italian frying peppers.  Jefferson was way ahead of his time in loving tomatoes, which had a bad reputation in 1809, and for chiles, which were thought to have originated in Africa.  They didn’t, of course, being native to the Western Hemisphere.