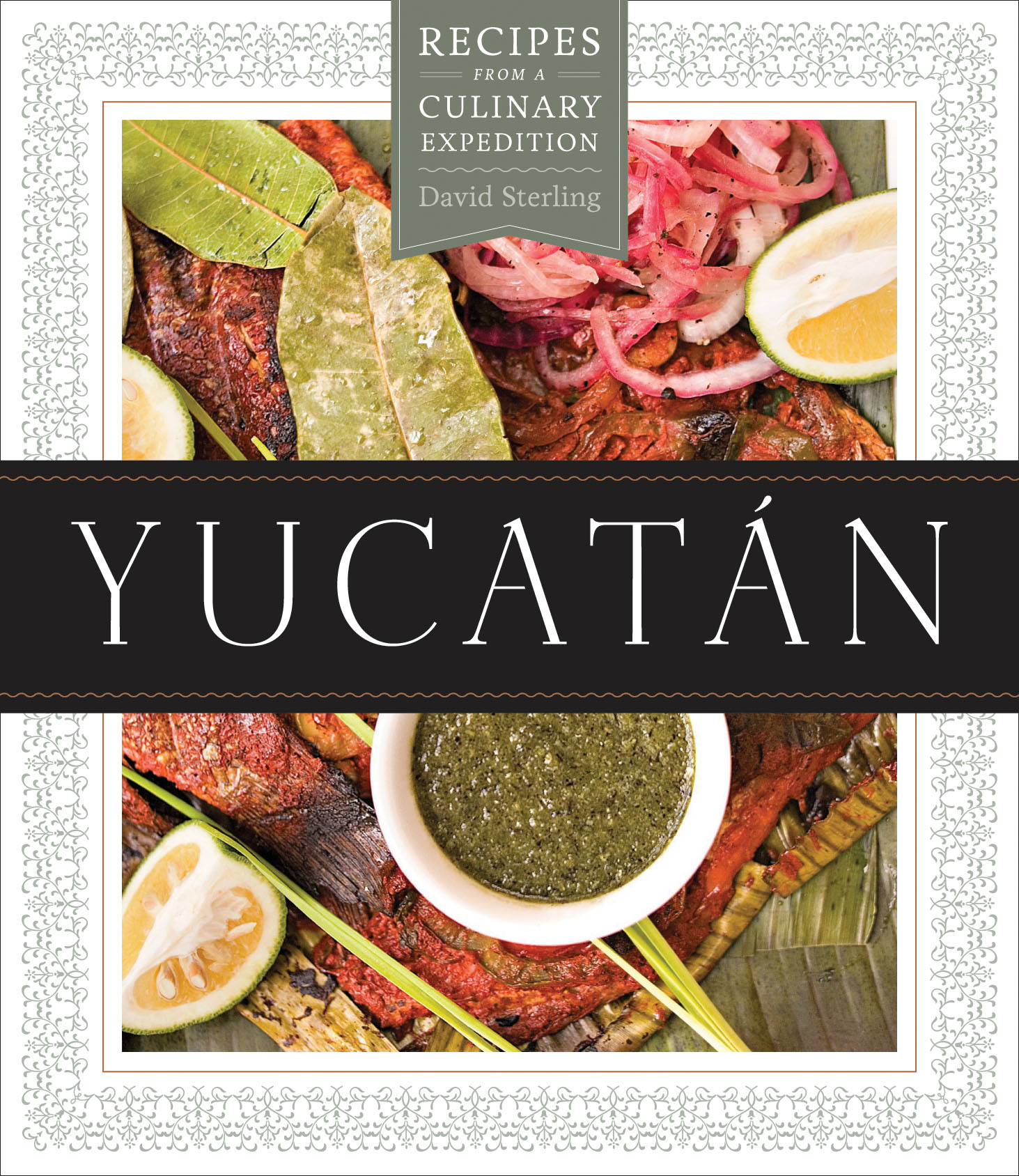 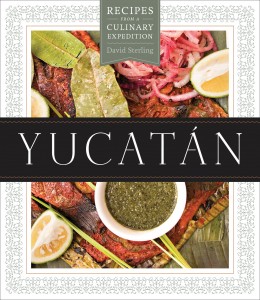 My coauthor of ten books, Nancy Gerlach, loves Yucatán so much that when she retired, she and her husband moved to Chelém, a suburb of Progreso and a beach town north of Mérida. My wife and I visited them for a week, soaking in the sights, sounds, and tastes of one of the most fascinating locations in Mexico. This new book by cooking school director David Sterling vividly reminds me of that visit and some of the great food we had there.

Weighing in at 6.5 pounds, this 560-page, oversized book has more than 275 recipes and truly captures the cuisine of the region. But more than that, Sterling does a great job as a culinary travel guide, offering the inside scoop on the people, places, and ingredients of one of the world’s great regional cuisines. He was assisted by a team of seventeen photographers and illustrators who show us the people, lifestyles, restaurants, and many, many prepared dishes. Lobster Tails in Charred Chile Sauce. Jicama and Mandarin Orange Snack with Chile and Lime. Coconut Sorbet. Picadillo. Charcoal-Grilled Chicken in Achiote Marinade. Sopa de Lima. Cochinta Pibil (Pit-Smoked Pork).

I totally agree with Diana Kennedy’s assessment of Sterling’s work: “I know of no other book in print today, or in the past for that matter, that explains so meticulously the ingredients and history of the foods of Yucatán.” Here is one of the universal table sauces of the region and a Yucatecan margarita you’ve probably never had before. The book is available from the University of Texas Press.

The basis of this fiery sauce is the habanero, and this sauce is Yucatán’s salt and pepper: no dish is complete without at least a few drops. I have specified green chiles, but you may use any single color available.

Put all the ingredients in a blender, cover, and process until liquified, about 30 seconds. Caution: when you remove the lid, step away from the blender and keep face turned. A very potent aroma that can cause you to cough will emanate from the blender.
Allow the salsa to rest a room temperature for at least 15 minutes prior to serving to amalgamate flavors.

Variation: Preserved Chile Tamulado. Use a pickling vinegar with 8 to 10 percent acetic acid content. The proportion for this versions is 6:2:1 (chile:garlic:vinegar). Char the chiles and garlic, peel the garlic, and separate it into cloves, then grind all together with the vinegar and salt. Store in tightly covered jars in the pantry or the refrigerator.

Since it is illegal to produce an agave beverage and call it “tequila” anywhere in Mexico outside the sanctioned growing region, a couple of Yucatecan distilleries have sidestepped the issue and are exploiting Yucatán’s plentiful, indigenous Agave fourcroydes or henequen—the plant from which sisal fiber is extracted—to make a flavorful mezcal.

Mix together the mezcal, orange juice and Cointreau or Triple Sec, stir, and chill thoroughly.
Chill a margarita or cocktail glass in the freezer for at least 15 minutes or until frosty. Rub the rim of he glass with the halved lime. Dip the rim into the salt and garnish the glass with a slice of lime. Pour the chilled mix into the glass and serve either up or on the rocks.
Yield: 1 serving.