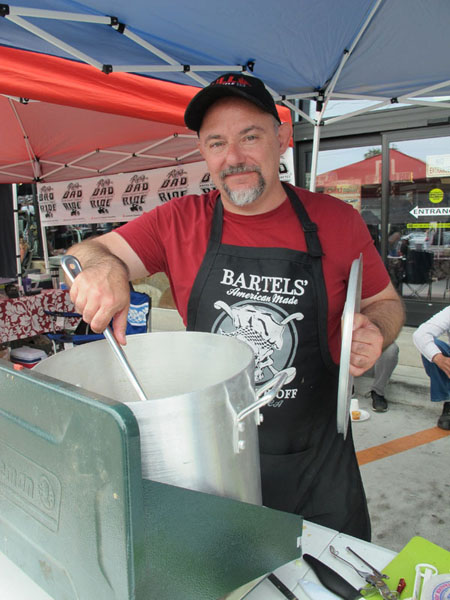 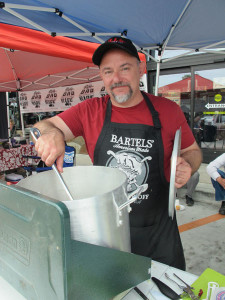 The annual Bartels Harley-Davidson Chili Cook Off isn’t so much a competition to me as a laboratory with chrome and leather. There’s no entry fee, few rules, and I can make whatever the hell chili I want. It’s a smaller event with roughly 15 entries each year. All of these traits make it invaluable for the novice cutting their competitor baby teeth.

Think of smaller cook-offs as basic training. They have all the hallmarks of a larger event (crowds, judging, time limits, awards, and so on) but on a much smaller scale. You need the same gear, too.

This year’s took place June 5th at the Marina del Rey dealership in So Cal. Sixteen teams concocted their best chili for the crowd and the three judges. Most entered your typical red chili with beef. Weirdo that I am, though, I’m that guy who always makes something different. Last year it was verde, this time I cooked up a huge pot of pork white chili with habanero. Rather than try to actually win this thing by conforming to the judges’ close-minded view that red chili is the only chili, I’m going loose cannon and playing to the crowd with something against the grain each year. 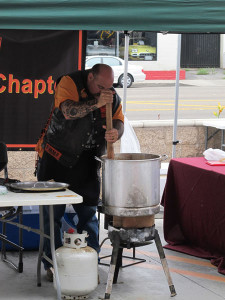 I didn’t win this year’s cook off but the crowd ate the hell out of my chili. Here’s the recipe for it you can try at home. 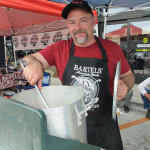